The video is set at a fast rate, the real session lasted about 10min.


In this video is recorded a 10min session of zBrush 4R2 where I’ve modeled a simple base mesh of an hand ready to start sculpting.
Starting from the simplest cube the base operation used is the extrusion coupled with the lasso selection… faster, simple and effective!

The video is set at a rate about 10 times faster than real and represents a ZBrush session lasting about 1 hour and a half.


In the first part of the video we start working on the lowest levels of subdivision, trying to correctly set the volumes of the palm and fingers. In this phase we also define “polygroups” for fingers and palm in such a way as to facilitate the selection of individual areas for further processing. Then we switch to intermediate levels of subdivision, adding detail mainly by using the Standard and Clay brushes. In the final part we move to higher levels of subdivision and we add fingernails using masks and other details, using mostly the DAM Standard brush.

Transforming a human hand in a demon hand in zbrush

Posing a demon hand in zBrush

The video is set at a rate about 10 times faster than real and represents a ZBrush session lasting about 20 minutes.

In order to set a pose for a hand, we use the Transpose tools provided by ZBrush, along with the ability to mask part of the mesh according to his topology. In this procedure we begin working on a mesh with a rather low level of subdivision. So we set a mask near a joint, make it more pronounced, and then apply a rotation to be adjusted, usually with a small shift. Once the rotation has been applied to the limb, we move to a higher level of subdivision and adjust the pose with traditional sculpting tools. In the video, the process is repeated several times in order to pose the hand and fingers.

Both the following hands came out, adding some detail, from the previous videos 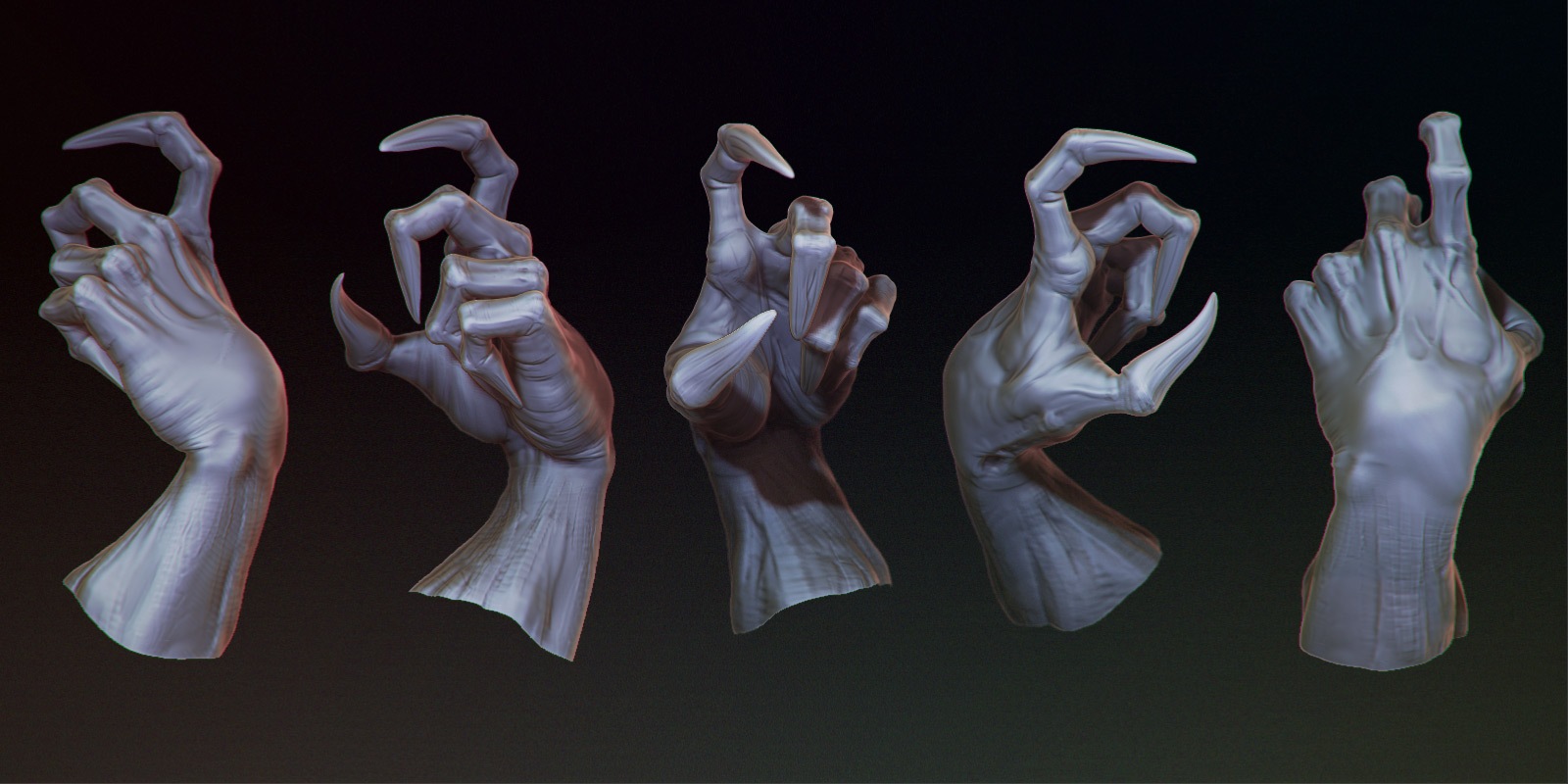 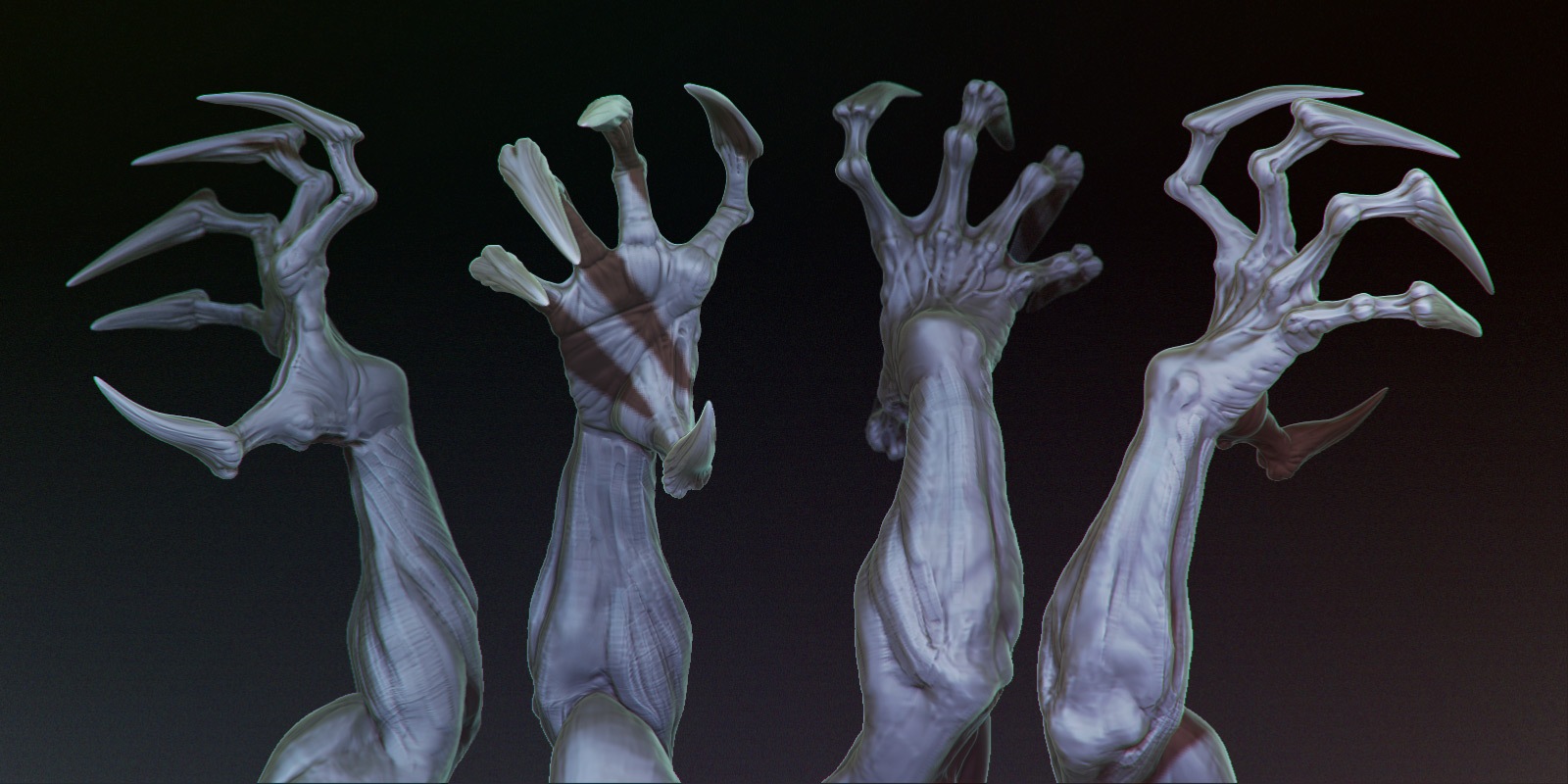